History and Wildlife of the West Coast National Park

The West Coast National Park is home to one of the finest coastal wetlands in the country, and is renowned for its magnificent spring flower displays.

About 30 km (18.6 miles) of the national park's western boundary is formed by the Atlantic Ocean and there is a narrow stretch of land, just 2 km (1.24 miles) wide and 15 km (9.3 miles) long separating the ocean and the lagoon.

Slices of History in the West Coast National Park

The landscape of the nature reserve is predominantly flat or slightly undulating with sand dunes found along the coast. Near to the dunes at Geelbek one will find a number of mammalian fossil rich calcrete areas, all dating back to 5 000 000BP. These remains include fossils of sabre-toothed cats, short-necked giraffes and four-tusked elephants.

The most easily recognisable relics are the stone fish traps and large 'kitchen' middens left behind by the Khoikhoi. A set of fossilized human footprints, thought to be over 115 000 years old were also found in the reserve and are now preserved in a museum. A historically rich area, the Oudepost 1 at Kraalbaai is said to be the location where the first meeting between officials from the Dutch East India Company and the local Khoi took place.

Historically many different large game species roamed the area including Elephant, Rhinoceros, Lion and Common Eland, however due to the low levels of nutrients in the surrounding vegetation; it is thought that these species were mostly nomadic. 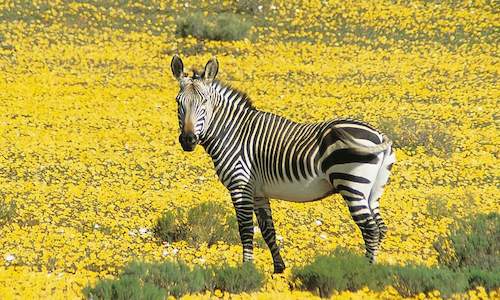 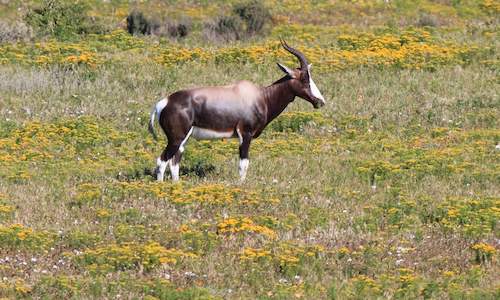